CHEEC Follows Up: Revisiting Why Some Drinking Water is Better Than Others with R. Rajagopal

Home » Outreach » News » CHEEC Follows Up: Revisiting Why Some Drinking Water is Better Than Others with R. Rajagopal

CHEEC Follows Up: Revisiting Why Some Drinking Water is Better Than Others with R. Rajagopal 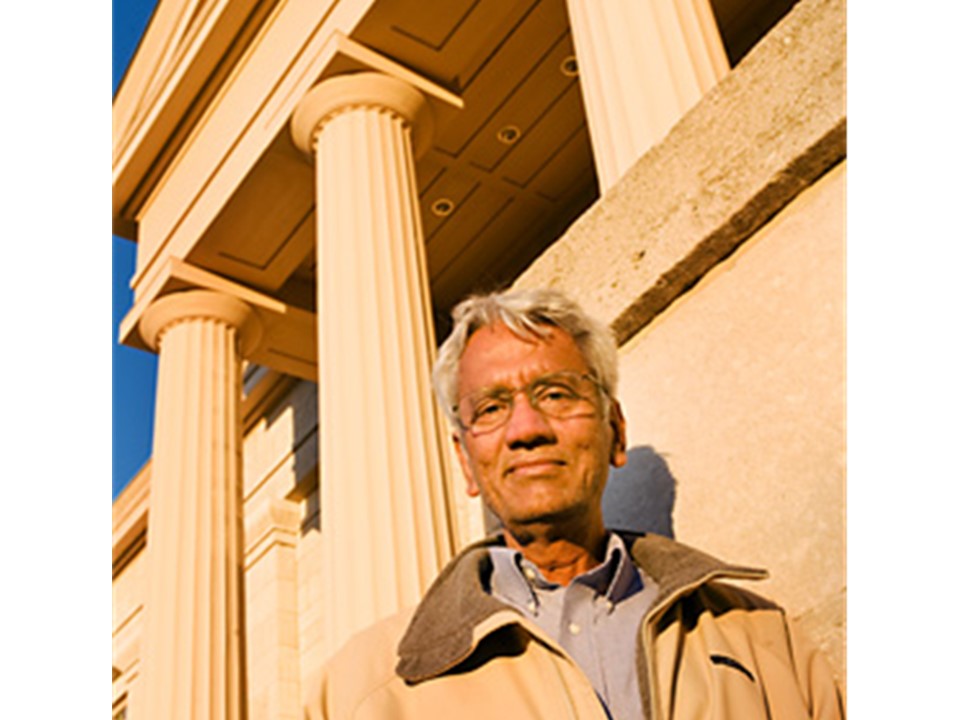 With a myriad of different sources to choose from, it’s sometimes difficult for consumers to decide where to get their drinking water. Potable water is among the most basic of amenities, but as water quality issues arise in water systems across the country, all while prices in consumer water steadily rise, how can Iowans know exactly where to get the best water? From a bottle? From a tap? From a well or filtered at home? One study, published last year and completed with the help of data provided by CHEEC, sought to weigh the costs and benefits of each source, and to perhaps finally find a definitive answer.

Published in the SciFed Journal of Public Health in March of 2018, “Which Water to Drink? Costs and Benefits of Alternatives” was co-authored by R. Rajagopal, water quality expert and now-retired professor from the University of Iowa. We sat down with Raj to gain insight on his experiences in conducting the study and his thoughts in light of its publication.

Although the study was published just a little over a year ago, Raj explained that it was based on data that the authors had been collecting for nearly 20 years.

“We had done a couple hundred thousand dollars worth of studies funded by the Department of Agriculture way back in the 1990’s,” Raj said, adding that the data primarily consisted of analyzing the possible benefits of bottled water compared to groundwater. “We were looking at all kinds of data, both from the geological survey and the hygienic lab and some of this data were provided by CHEEC.”

Raj explained that five different sources of water quality were tested. Bottled water was collected from shopping centers and off the shelves of grocery stores in Iowa City while groundwater samples were collected from wells at nearby farms. These records had been collected for about 10 years.

However, despite everything studied, the most compelling data, according to Raj, was the differences between the costs of water; almost several thousand times difference. The key finding, Raj says, is on Table 6 in the study.

“If you look at Table 6, we capture measurements of everything we have done in 20 years on water quality,” Raj said. “And bottled water is the most expensive, like anywhere from 300 to 5,000 times more expensive. The cost per person per year for bottled water is anywhere from $75 to $1,600, whereas the tap water you get at home is a quarter per year.” 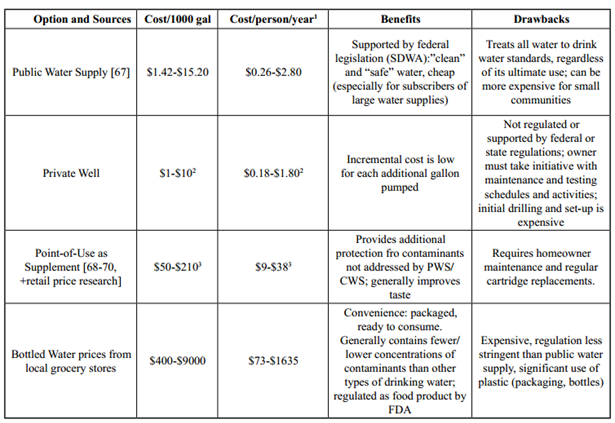 Bottled water is obviously much more expensive than tap, so why do so many Americans choose store-bought water over that which comes from their faucets? Raj says the behavior is due to a common stigma surrounding public water systems and their apparent lack of quality standards.

“There’s a common philosophy across the country,” Raj said. “If one water supply somewhere, at someplace, was contaminated one time, they take a broad brush over the whole situation and everybody thinks all their water supplies have been contaminated. It’s kind of silly, but it’s impossible to change that mindset.”

Raj went on to highlight that there’s sometimes irony in bottled water consumption. Oftentimes, bottling companies can legally adhere to less stringent quality testing standards and, in some cases (namely in the southwestern United States) bottling companies simply bottle tap water and sell it by the case.

Beyond the findings of the study, Raj expressed overall satisfaction with the attention the study received after it was completed. However, its path to publication was a bit difficult.

“The study received an enormous amount of attention, but then we got tired of waiting to send it to a publication and getting it published by a journal,” Raj said. “And all of the journals, the first thing they’d tell us was that it’s dated. But these are fundamental concepts that are independent of time, so why should the date matter? That’s what we proved in this paper, that date doesn’t matter.”

Raj went on to share some thoughts on the scientific community which, he thinks, is sometimes more focused on the methods than the questions.

So why might the everyday Iowan be interested in reading the study? Well, in addition to the eye-catching statistics regarding the price of consumer water, Raj says the study might prompt Iowans to reconsider what they think about local water systems. Raj says consumers should ask themselves “what they want from bottled water that they don’t get from tap water, and why they are willing to pay so much more for it.”

To read the study for yourself, visit http://scifedpublishers.com/fulltext/which-water-to-drink-costs-and-benefits-of-alternatives/22001.

For more information about CHEEC and our mission to support research related to environmental toxins, visit https://cheec.uiowa.edu/about.